Menu
Winnall Primary School will remain open for the children of keyworkers, please email support@winnallprimary.co.uk if your child needs a place.
A Search
B Translate
C Login Log in
Menu Close

Our Pupil Leadership Team has been chosen for this year.  We are delighted that so many children from year 6 have wanted to be part of this team, and we have duly chosen a head boy and girl, a deputy head boy and girl, a senior anti-bullying ambassador and a senior play leader.  We also have house captains representing each of the four houses in the school.

We have a new Junior Governing Body in the school: two children from each class were elected by their peers and have already met with representatives from our school governors.  They were able to share the work they have been doing on our new school values of friendship, cooperation, determination and equality.

The pupil voice is important to us at Winnall Primary and we hope that this link between governors and pupils will enable that voice to be heard in a different way. 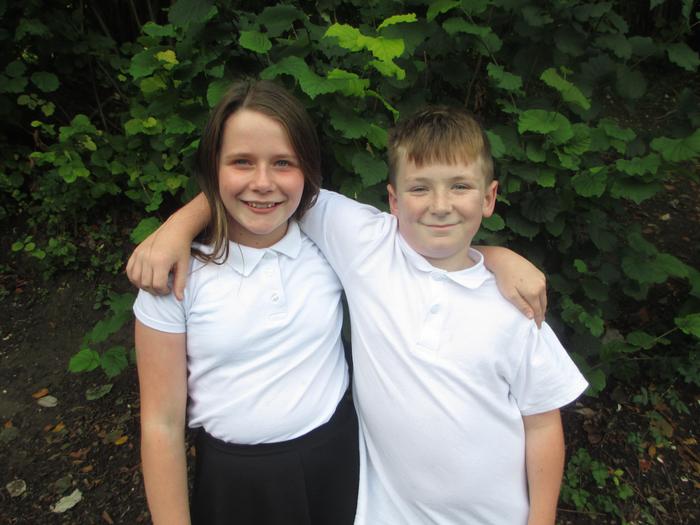 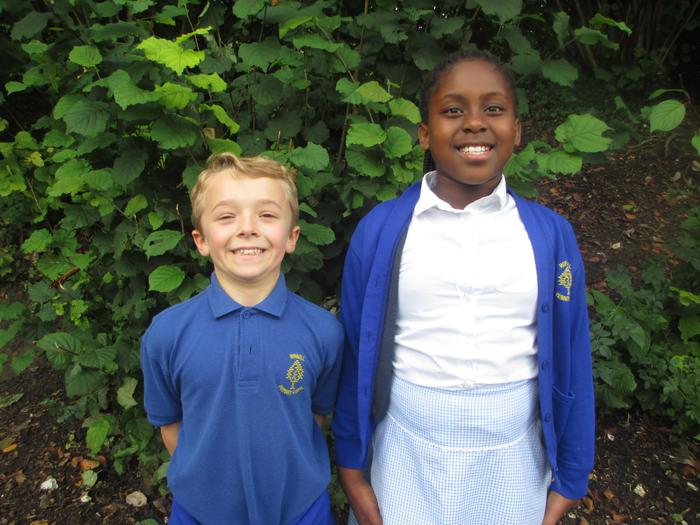 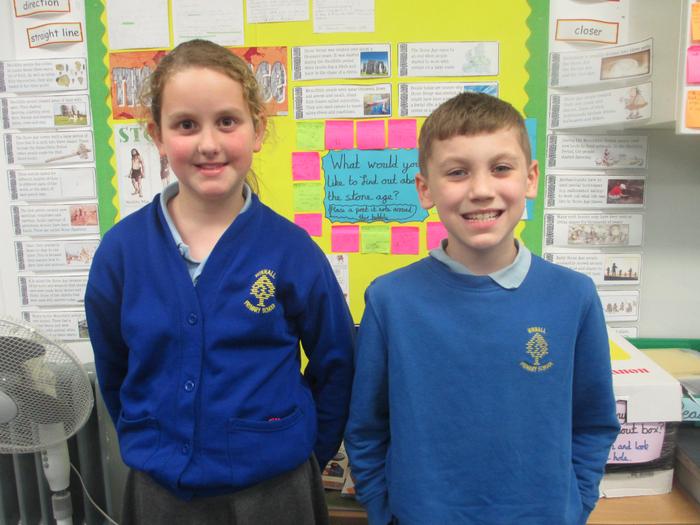 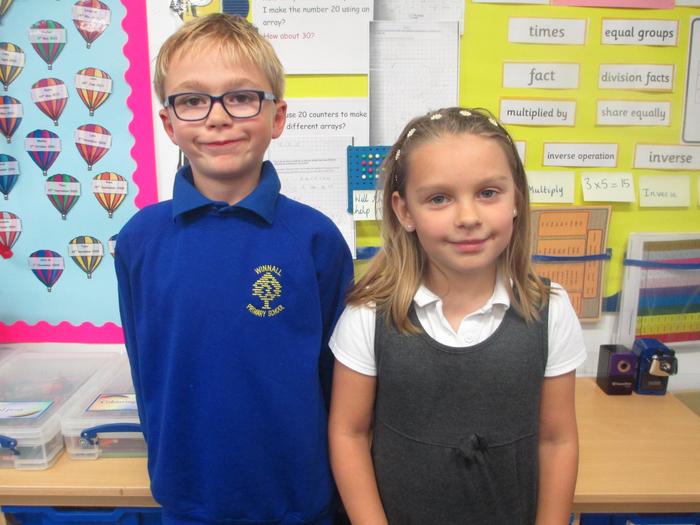 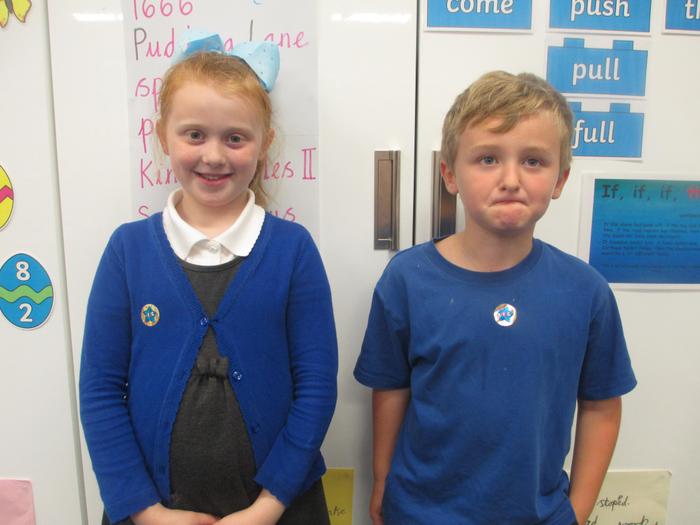 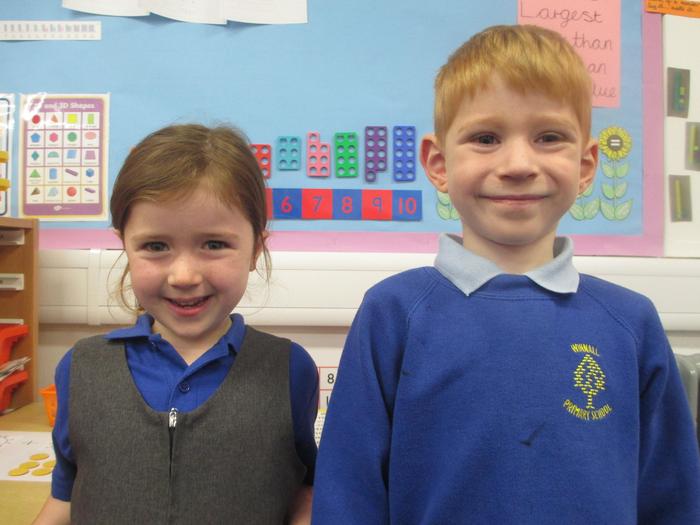 On Friday 20th April 2018, some of our children were chosen to help plant four fruit trees within the school grounds; two apple trees and two plum trees.  We hope the children care for the trees so that they provide us with lots of fruits in years to come.   Ruth, our Community link from Tesco helped source and plant the trees.  The trees were donated by Incredible Edible and Tesco. 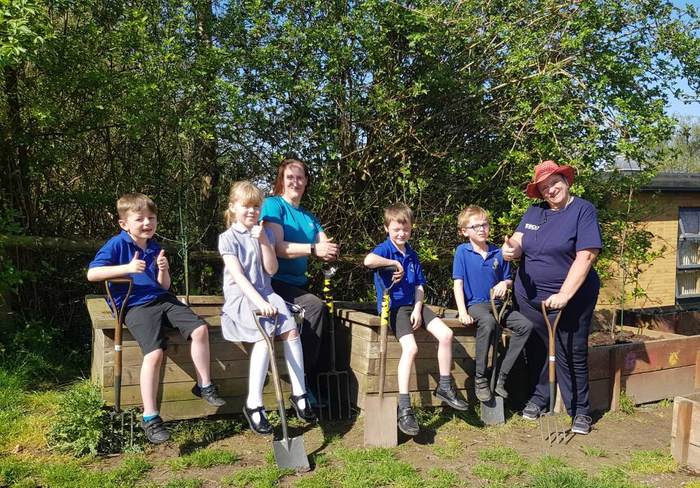 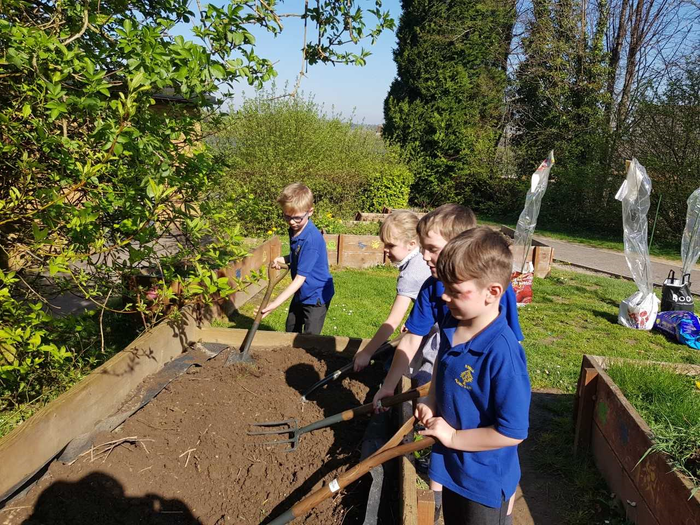 As part of the Great British Spring Clean, the School Council went litter picking along with Neal Alison (Osborne Construction), Sue Newman (Community Police officer) and Ruth (Community link at Tesco stores).  We worked together showing respect for our local environment and being role models for our school.

Litter picking in the local area

This morning our school council led a whole school assembly about their visit to the building site.  The team talked the children through what we did and why we did it.  They told the classes about safety on the site, the purpose of the building site and about the broad variety of styles of work on the site.

Well done team!  A great effort!  We are looking forward to litter picking on Friday morning with the team from Osborne and the community team from Tesco.

On Wednesday 15th February we went to visit a local building site to find out all about how people work together to build on a large scale.

We were lucky enough to tour the site, read plans, interview staff and we even learned how to lay bricks!  Have a look at some of the photographs to see how much fun we had.

Our School Council are having lots of input into the implementation of our Golden Rules.  The first thing they have done is to be lunchtime inspectors.  This involves spending time in the dining room watching what is going on, finding out who is following the Golden Rules and how this looks.  The first Golden Rule we have looked at is 'staying safe'.  The school council decided that they would see children sitting nicely on their chairs, using their inside voices, that there would be little (if any) food dropped on the floor and that children would walk around the hall nicely.

The school council members had an early lunch yesterday before donning a high visibility jacket and grabbing a clipboard and a pencil so that they could be seen as they jotted down names of children who were doing the right thing in the hall.  The team have chosen 3 children in their pairs and they will be giving them a reward during assembly next week.

Watch this space for their next project....... 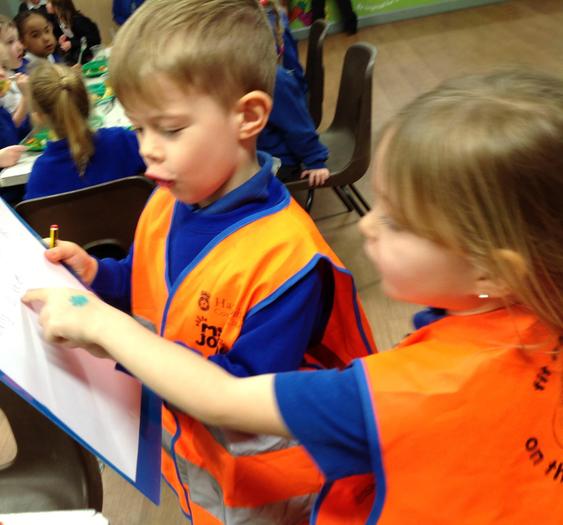 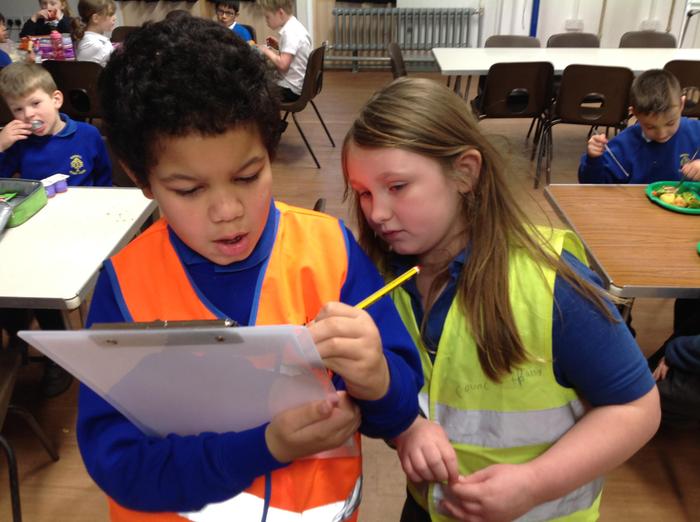 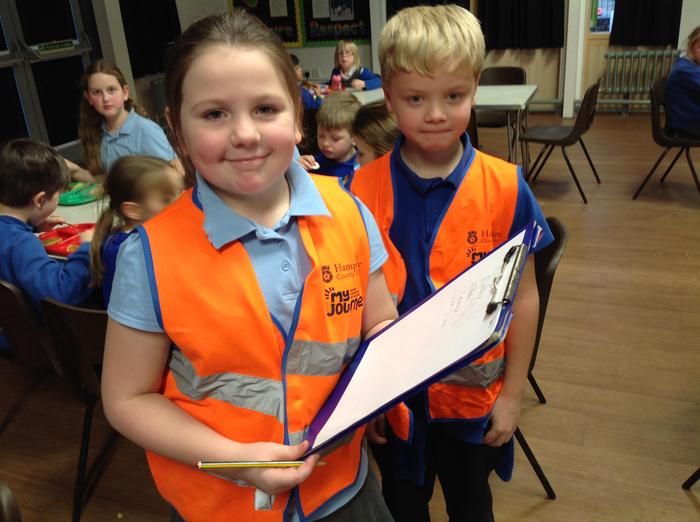 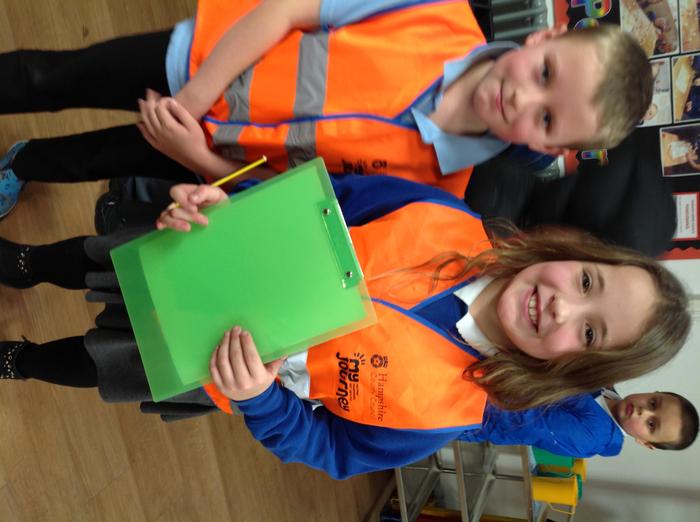 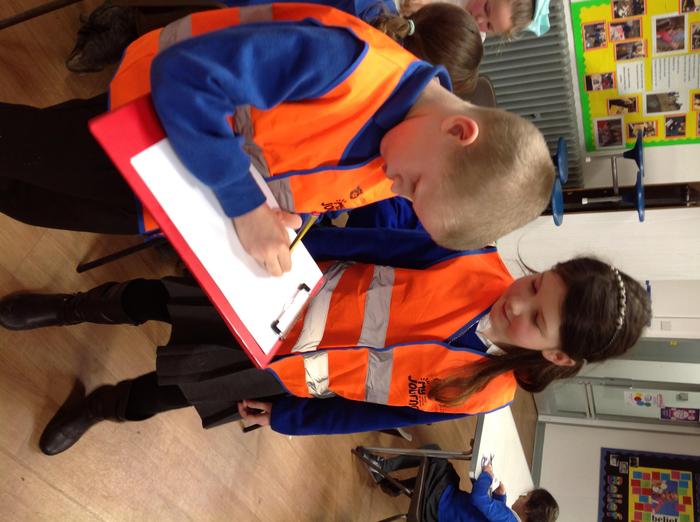 We went on our first challenge on Tuesday afternoon (27th September 2016).  We planted flowers, herbs and plants near the sheltered housing and outside the community centre.  Everybody who walked past us as we were doing our planting commented on how nice it now looks!

Planting in Winnall with Neal Alllison from Osborne Construction. 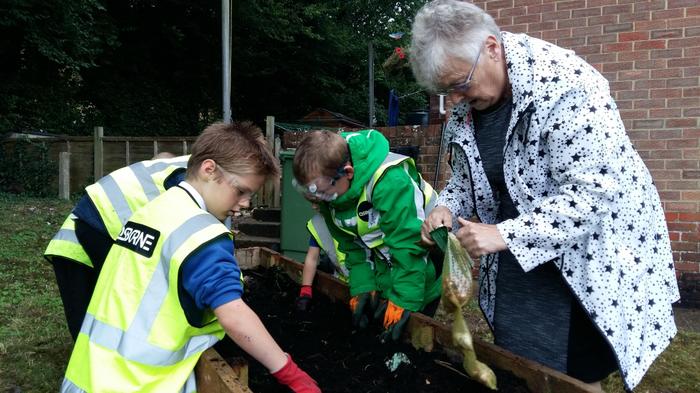 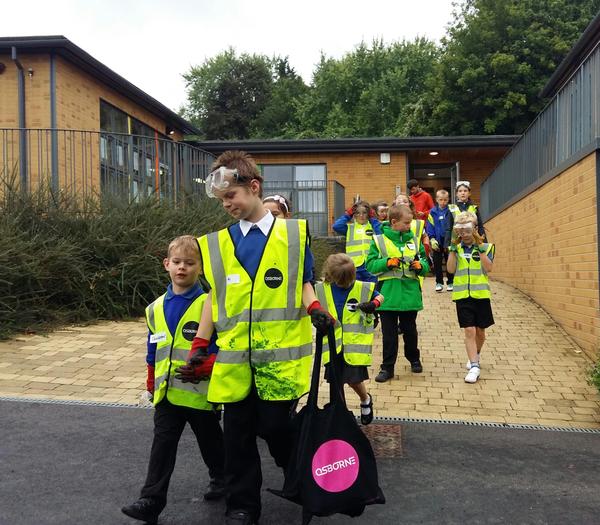 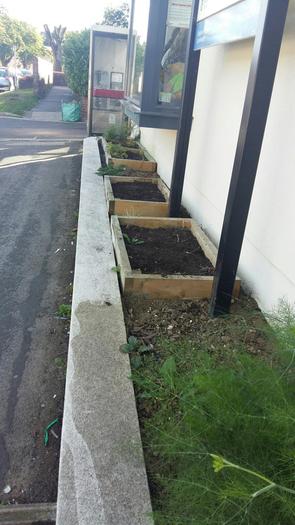 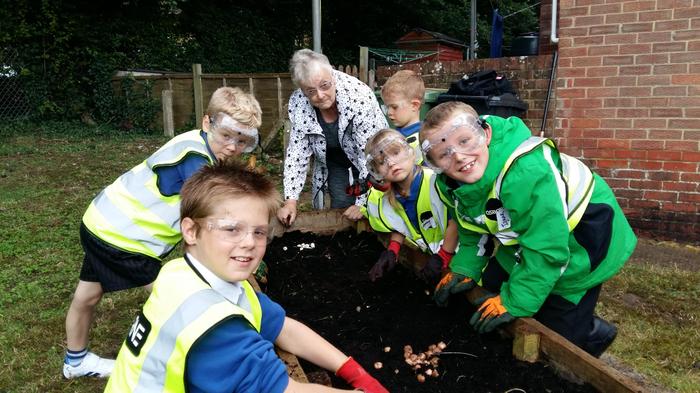 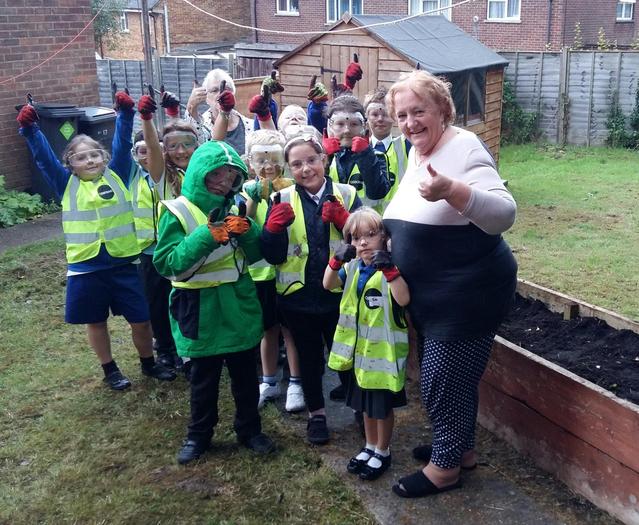 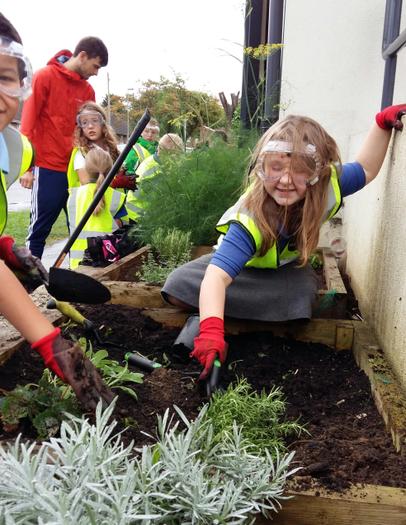 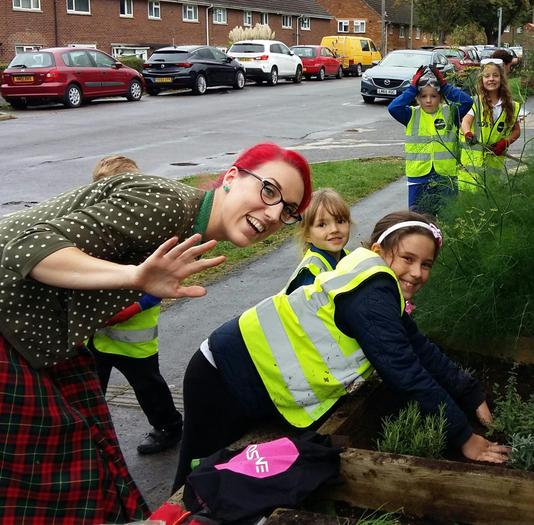 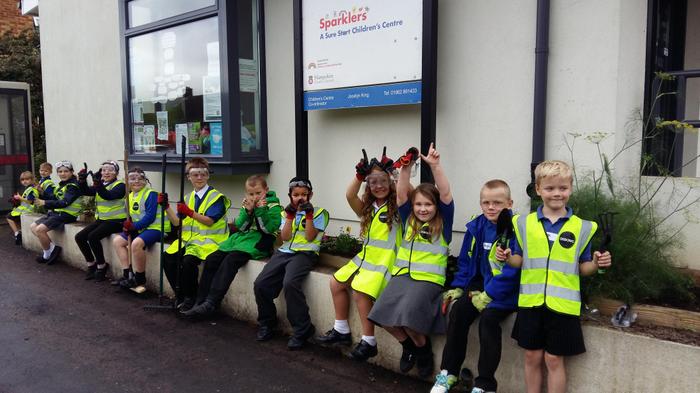 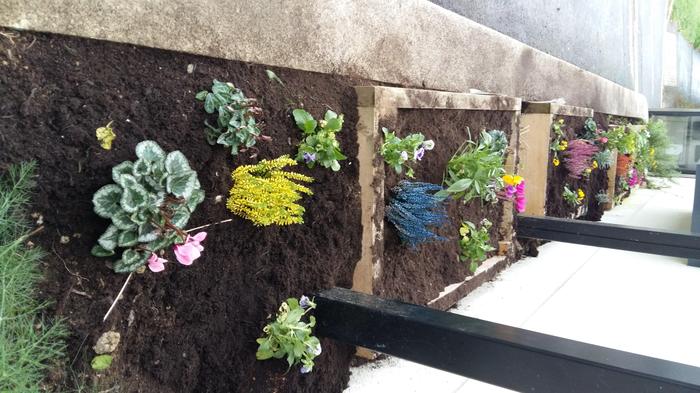